The story of Ronald D. Davis

Red Dirt and Water
The story of Ronald D. Davis 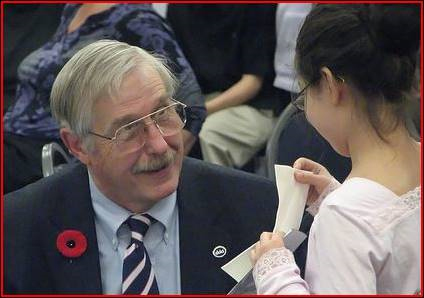 Early in his life, Ron Davis was diagnosed as a ‘Kanners baby’. Today he would have been called autistic. As a result, his childhood was filled with violence and intolerance. Fortunately, Ron was oblivious to most of what happened to him until the age of nine, when a spotty form of memory began.

He described these early years as being in the ‘void of autism’- a place of being ‘everything’ and ‘nothing’ at the same time; as being the feeling of pure, unconditional love.

Somewhere in the void of autism, Ron discovered the red dirt in his back yard. He realized that by mixing it with water, he could make a thick goo, out of which he could make anything he wanted.

Ron wasn’t allowed a pocketknife or a wristwatch like his brothers were, but he made his own out of red dirt and water. His brothers’ watches were made from metal and leather – Ron’s were made from red clay and string.
Unknowingly to Ron at the time, around the age of twelve as his real memory began, the red dirt ‘clay pit’ at the bottom of his garden transformed from a play area into a learning zone.

At school Ron was ridiculed and made to sit in a corner with a handkerchief over his head and at home he was beaten severely by his father and older brother. Although his mother was his angel she could not save him from this.
Ron would retreat to his clay pit, a place where he could find solace, free from pain. There, he began to make clay models of his father and brother after they had beaten him and he would smash the model of the perpetrator, grinding it back into the ground.

In retrospect, Ron sees now that he was actually acting out an important life concept – ‘change’. His models became scenarios, and without realizing it at the time, he then began to model the concept of ‘consequence.’ His clay scenarios also started to show the passage of ‘time’ and ‘sequence’ of events.

It was also around this time that the daily beatings came to an end. Ron realized through his clay modelling, that he had discovered the cause of the beatings, so he learned to remove himself from any place or situation where they had the potential to happen.

Ron also began to emerge from the void of autism and was able to start to distinguish himself as being separate from others. With his world newly separated into individual parts, it became filled with chaos. He was bombarded with stimuli – what used to be just ‘one’ or ‘everything’ became thousands of separate parts – and it was overwhelming.
The clay helped him navigate his way through this chaos. As he created more clay models, it became clear to him that everything that exists has three elements: it exists in a place, it has a position in space, and it has condition (which is where it is on its time continuum). He found that if he could put something in its correct place and position for its condition, then he could create ‘order’ – another fundamental life concept. Order is the natural enemy of chaos, and when Ron gained the ability to think with the concept of ‘order’, the chaos disappeared from his universe.

Ron continued to create ideas and concepts out of clay to help him make sense of the world. By the time Ron was 27 years, his IQ had risen from what had been termed “uneducatably mentally retarded” at the age of twelve, to being 169. A genius had emerged.
Ron believes that the potential for genius in some form exists in all of us. If only we have a foundation on which to build our thinking. This is why he created the Davis Autism Approach – to nurture the seeds of genius, and to provide a pathway for those people like himself to be able to participate more fully in life.

Rocky Point Academy is a BBB accredited business since 2002.

Give us a call or fill out the form below.

Let us know how we can help you with autism disorders, attention/focus, or executive functioning.

No posts were found!